Subsequent to the tragic death of Otis Redding, I was asked to design a cover for the forth coming memorial album, "The Best Of Otis Redding." Atlantic Records sent photos, magazine articles, etc.
which I ultimately began tearing up to create this portrait of Otis
who was a friend when we were teenagers in Macon, Georgia.
c. Jimm Roberts, all rights reserved 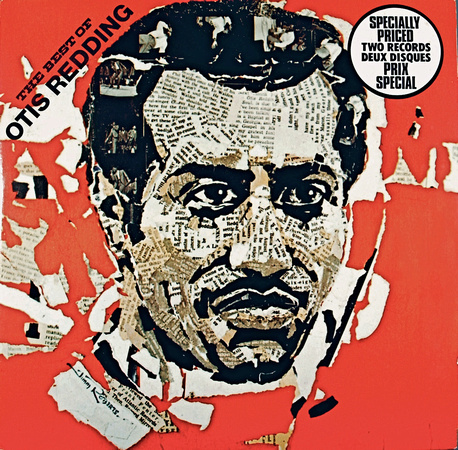