Reubin Askew (1928-2014) served two terms as Governor of Florida 1971-1979, campaigned briefly for the presidency in 1983 and for the US Senate in 1988. In 1981 a Harvard study called him one of the Century's 10 Best State Leaders along with Woodrow Wilson and Theodore Roosevelt.
I photographed the Governor at my Orange Avenue studio in 1988 for use as his official campaign portrait during his brief run for US Senate. After he dropped out of the race, I received an engaging letter from him expressing his appreciation of my work. For this man to take time to write me at that time says more about his sense of propriety and thoughtful nature than about my photography.
c. Jimm Roberts, all rights reserved 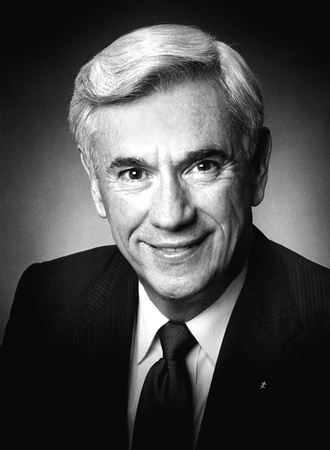